One Day Trip from Kalyani

The eco-friendly, green township of Kayani in West Bengal offers you umpteen opportunities to unravel the beauty and mystery of the place. It gives you not only natural spots like gardens and parks to visit within the city limits but also comes across as a wonderful spiritual and cultural destination situated as it is within the district of Nadia. For the city jaded residents of the Kolkata metropolitan region, Kalyani is like a breadth of fresh air which also has the advantage of being located close to it.

There are numerous places around Kalyani like Krishnanagar, Plassey and Nabadwip for the curious mind to explore. All of them are located in close proximity within Nadia district and can be covered in a day’s tour. For the more adventurous, a trip to Bethuadahari wildlife sanctuary with its prospects of a fascinating sunrise, jungle views, numerous wild animals and colourful birds will be a cherished experience. So find out more about these places from the description given below: 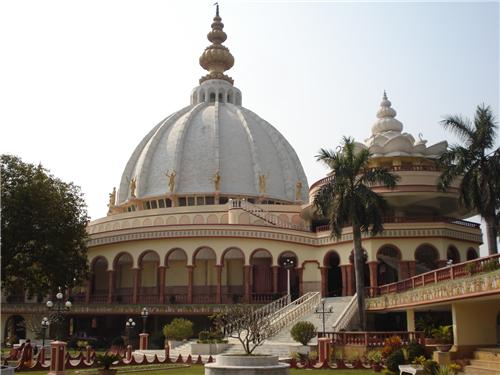 The name Nabadwip signifies a cluster of nine islands. A popular Vaishnavite pilgrimage center, Nabadwip is renowned for one of its islands, Mayapur which is the renowned spiritual destination for travellers all over the world. Many of its temples are dedicated to Radha and Lord Krishna.  This place was also Sri Chaitanya’s starting point for the Sankirtan movement, which emphasized singing the glory of the Lord Krishna to attain salvation. Today Mayapur has become a renowned spiritual destination bringing devotees nationally and internationally. In fact, the Chandradaya temple in Mayapur is the very first temple which was set by the ISKCON.

How to reach Nabadwip from Kalyani

Situated 105 km from Kolkata Howrah and about 69 km from Kalyani, Nabadwip falls on the Katwa-Bandel branch line and has excellent railway connectivity with Kolkata, North Bengal, Bihar, Assam and Orissa. It takes about one and a half hours to reach Nabadwip from Kalyani by road. Some of the express trains which stop at Nabadwip are DN Puri- Kamakhya Express, Howrah Malda Intercity Express, Nabadwip Dham- New Farakka Express and others.

Santipur has been recently declared as a city and is also another municipality within Nadia district. Since ancient times, Shantipur is famous for its handloom sarees, which are predominated by many weavers who originally hailed from Bangladesh and settled here(as well as Phulia) after the Indian partition. Santipur is also renowned for its "Rasutsav" and "Dolutsav".

How to reach Santipur from Kalyani

Placed on NH 34, Shantipur is connected an excellent rail and road network. It is situated at a distance of about 52 km from Kalyani by road. Santipur has EMU services stretching from the Sealdah North section. Various State Transport services ply buses along Shantipur while it has connectivity over water to the districts Hooghly and Bardhaman through River Ganges. 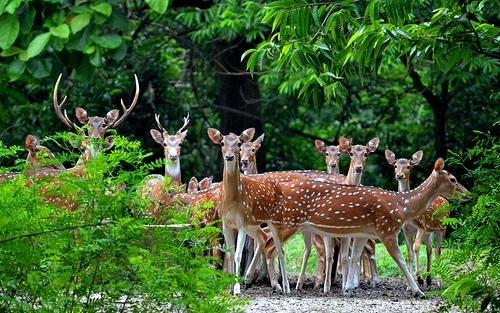 Located in the Nadia district in West Bengal, Bethuadahari Wildlife Sanctuary has numerous wildlife like jackal, spotted deer, porcupine, bengal fox and common langur in its forests. It also harbours a large variety of birds and insects. The sanctuary is spread over a total area of 67 hectares. You can visit it anytime of the year.

How to reach Bethuadahari Wildlife Sanctuary from Kalyani

Situated within the Nakshipara area in Nadia district, Bethuadahari Wildlife Sanctuary is adjacent to NH 34. Apart from regular bus services from Krishnanagar and Berhampore, Bethuadahari Wildlife Sanctuary can also be accessed through an excellent railway network. The Bhagirathi exp. and the Lalgola-Sealdah passenger are some of the trains which will take you to this place.

So enjoy sightseeing around Kalyani, exploring its multifaceted natural, cultural, spiritual and historical dimensions and carrying back its rare memories. 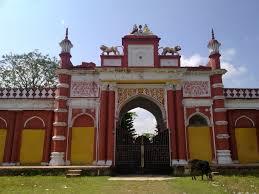 Krishnanagar near Kalyani is not only significant for being the district headquarters but also a place of immense historical, cultural and literary value. Its literary heritage is comprised by important literary figures like Dwijendra Lal, Narayan Sanyal, Bharat Chandra and other luminaries. It is also an early centre for Sanskrit learning. This historical place situated in southern Jalangi River derives its name from its founder, Raja Krishnachandra. Ghurni within Krishnanagar is famous for its multiple clay art forms like dolls, fruits and animals. Krishnanagar is also famous for its sweets especially “Sarbhaja” and “Sarpuriya”. Its most important festival is the Jagadhatri Puja while the Krishnagar palace or Rajbari celebrates the Jhulan Mela or fair is great fanfare and enthusiasm. Another significant landmark is the Roman Catholic Church here reputed for its sculptural and architectural splendour.

How to reach Krishnanagar from Kalyani

Situated on NH 34, Krishnanagar near Kalyani is linked to the rest of the state by several bus routes. Express buses can be availed from Kolkata, Kalyani, Siliguri, Malda and other places from the bus stand of the city or PWD stand situated very near to NH 34. There are trains from Kolkata Sealdah to Krishnanagar City Junction like Bhagirathi Exp., Lalgola Pass and Hazarduari Exp. 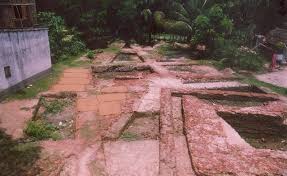 Another local tourist attraction near Kalyani is Ballal Dhipi or a huge mound structure over an area of about 1300 sq. ft. and reaching 30 ft. in height. Excavations carried in the 1970’s revealed a huge brick structure having a variety of objects like terracotta animal and human figures, stucco heads, copper utensils etc. All of these are enclosed within a huge wall on all sides.

How to reach Ballal Dhipi near Kalyani

Situated 125 km from the metropolis of Kolkata, the heritage site Ballal Dhipi can be reached through Krishnanagar. From Krishnanagar station, the tourist can hire a rickshaw to the bus stand and board a bus towards Mayapur. One has to get down at Bamunpukur Bazar which is the destination for Ballal Dhipi.