Kalyani is noted as a relatively modern township planned and developed in the 1950s by the eminent second Chief Minister of West Bengal. Despite the fact that this verdant township was constructed post independence, it has a long history in terms of its previous habitations during and even before the British era. Some of the historical and religious structures which dot the landscape of Kalyani like Krishna Rai temple, World War II remains points to this intermingling of the past and the present and the layers of narrative behind the present city of Kalyani. 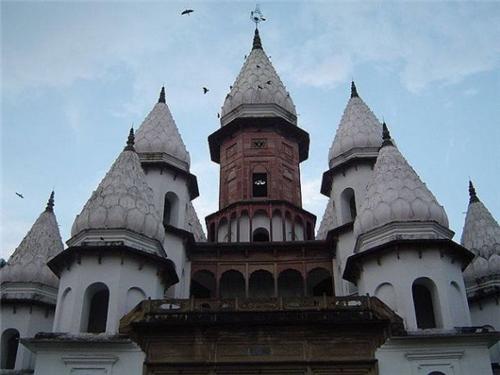 Kalyani is situated along the northern fringe of the Kolkata Metropolitan Region and was planned as an industrial and residential base to take on the excess population of the already crowded city of Kolkata. Its present look owes its existence to the decision to construct a town to convene the Indian National Congress meeting post independence. So get a glimpse of the fascinating historical background of the city in the chronology of events described below:

Kalyani in the Ancient Period

According to the earliest known aspects relating to Kalyani, it originally consisted of three distinct territories of habitation from earlier times. The first section comprised of Rathtala, Majerchar, Kanchrapara, Nandanbatichar, Gusthiya, Jaduatichar as well as North Bishnupur. The present Ishwar Gupta flyover is situated here connecting Kalyani with other towns of the opposite side of the river Ganges. Some of the areas which housed the second human settlement consisted of Singha, Manikchada, Jadav Kathi, Schooldanga, Dharmabathi, Moradipur and south Ghoshpara.

This area converges with the current areas of Central Park, Buddha Park, Market No.2, western Kalyani University, Ghoshpara Station and the Sati Ma estate. The third section of human occupation consisted of Sautal Palli (colony where Santhal tribe lived) and the extended areas of the Kalyani railway station like Uttarpara, Kulia and Joydebatti settlements. These mostly rural areas are becoming urbanized following independence and rapid industrialization of Kalyani, and yet they have not lost their old world charm.

Kalyani in the Medieval Period 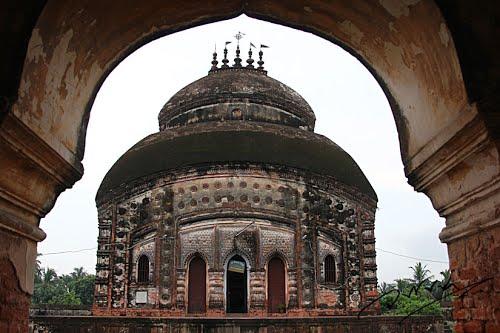 A wandering hermit called Atul Chand decided to settle in 18th century Kalyani taken by its sylvan, green charm. He taught and conducted charitable and philanthropic activities within the peaceful environment of Kalyani. His preaching on Dharma and philosophy in turn inspired his ardent devotee, a woman named Saraswati Pal to spend her life disseminating his teachings about Hindu religion to a larger audience through religious discourses and dance and song recitals. Since then she is fondly remembered as Sati Ma, and an estate has been developed in Kalyani with a mango grove and small pond in her memory. Here an annual mela or fair has been taking place for the last 400 years in her honour.

Some of the religious structures which came up during the medieval period in Kalyani and which you can observe even today include the Krishna Rai Jiu temple in Rathtala which was renovated by the Kanchrapara Mullick family in 1886. The dargah of Manik Pir is another important historical and religious landmark in the Gayeshpur Dogachiya hamlet of Kalyani.

Kalyani in the Modern Period

In the colonial period, Kalyani Ghoshpara was frequented by a British Christian missionary named Alexander Duff who promoted the knowledge of English language in Bengal. In fact, an entire village in Kalyani was named Schooldanga in recognition of his efforts. The acclaimed Bengali renaissance poet Ishwar Chandra Gupta was born in Kanchrapara, Kalyani in 1812 and ushered in the modern era of Bengali poetry describing the daily lives of common people.

Kalyani was the U.S. military base during the World War II and became known as Roosevelt Town, after the American President who was a crucial figure in the world events of that period. Even today, the virile past of Kalyani can be glimpsed in some if its military remain like the air force station in Kapa, military barracks in Dharampur, truck as well as tractor garages, and the army hospital in Uttarborath (currently known as TB hospital).

Post independence, Kalyani was developed into a planned modern township according to the vision of Dr. Bidhan Chandra Roy, the second Chief Minister of West Bengal. He strove to make Kalyani a satellite town of Kolkata and relieve the existing population pressure in the metropolitan city. As a result this modern green city of Kalyani which was also deeply intertwined with its past history came into being. In 1954, the Indian National Congress held its Congress session in this newly developed township in the Bee House of present day sub block 1 of sub block 1 of Congress Road.

From the vestiges of the erstwhile Roosevelt Town and many other ancient and medieval rural habitations are compiled the present feature of a vibrant Kalyani, encased in its historical landmarks and yet glowing in its new industrialized metamorphosis.