Business and Industries of Kalyani

If there is one thing which immediately comes to mind when one speaks about Kalyani, West Bengal, it is its industrial area as the mainstay of its economy. Indeed industries, both large and small scale are the backbone of the town and the entire Block D was conceived for the purpose of promoting them. When Kalyani was developed as a planned township under the auspices of the second Chief Minister of West Bengal, the eminent Dr. Bidhan Chandra Roy, efforts were made to turn it into a major industrial zone without affecting the ecology of the region. Thus a green belt in the peripheral regions of the different blocks has been made.

The economy of Kalyani is thus largely dependent on industries of varying capacities. Harbouring all the resources like land, labour (skilled and semi-skilled) as well as infrastructural facilities like power, water supply, drainage and nearness to Kolkata metropolis, Kalyani promises to be one of the best places for achieving industrial growth.

Besides Shilpanchal, the industrial belt in Kalyani with public sector and private sector enterprises, tourism is also promising to be a lucrative industry and efforts are being made by the Kalyani municipality to turn Kalyani into a major eco-friendly tourist destination. As far as its business is concerned, there are also commercial markets which are evenly distributed in the residential blocks. The Central Park area is the principal business area of the town where different financial, commercial and administrative offices have been built for easy access.

Business and Industries in Kalyani

Kalyani was developed primarily as an industrial township with its area built around the activities of engineering, textiles, distilling, chemical and petro products and paper making. The entire Block D of Kalyani Township is reserved for industries of different capacities, some of which are acclaimed internationally. In 1961 industrial development in Kalyani started with the setting up of the Kalyani Spinning Mill which employed 1500 people. Other medium scale enterprises began to appear by the early 1960s.

The District Industries Centre (DIC) is promoting various small scale industries within Kalyani. An industrial estate is also being run by the DCSSI (Directorate of Cottage and Small Scale Industries) within Block D area. Due to the rapid expansion of industries and maximum development potential, Kalyani was declared by the W.B.I.D.C. as an industrial growth centre in the state.

An ancilliary industry manufactures spare parts which are used by large scale industries. The availability of developed infrastructure, dust free environment and industrial training institutes have led to the growth of ancillary and spare parts industries in and around Kalyani, West Bengal. Manufacturing of auto components, metal as well as non-metal products and spare parts of agricultural machineries are produced in Kalyani factories which have a large market in the nearby region.

Business of Handicrafts in Kalyani 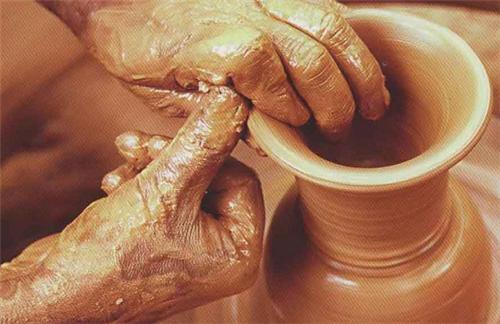 The village and handicrafts industry are labour intensive industries which have helped to alleviate the living conditions of the rural people as well as new migrants in Kalyani. There are a wide variety of industries under this broad definition. Some of them include making village pottery, lime, cane and bamboo materials, palm-gur making, incense stick making, leather industry, fibre, textile and dress making, blacksmithy and other service industries.

Among existing micro and small scale enterprises clusters in Kalyani, mention must be made of brass and bell metal as well as gold and silver jewellery. Clusters of factories/units making brass and bell metal items are concentrated in Nabadwip, Matiani and Muragacha; one of them being in Kalyani Block. These are a wide source of employment to the local population with about 90 factories dedicated to the manufacturing. The handloom industry which is mainly concentrated in Shantipur and Nabadwip employ a number of weavers and local people from Kalyani.

Local Resource Based Industries in Kalyani 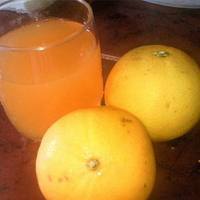 There are a number of local businesses in Kalyani which are developed based on the availability of immediate resources. The fruit processing industry including mango, tomato, guava, and coconut is one such industry mostly conducted on a domestic level for the urban market.

Another prominent local industry of prominence is the production of leather goods. In fact, West Bengal became the highest foreign exchange earner in 1997-98 from its export of designed leather products among other Indian states earning 70% of the total national export.

Other small and medium scale enterprises on local resources include jute stick products, vegetable processing, paper and paper boards. Manufactured straw boards in Kalyani also have a large export market. The availability of good quality soil in and around Kalyani has also given an impetus to manufacturing the finest bricks and tiles and promoting the local brick industry in a big way.

Thus the availability of raw materials, manufacturing units and government initiatives gives the township of Kalyani a great incentive towards becoming a self sufficient city with its individual financial units in the near future.